Flax to Linen, the 1765 Way, Part VIII: Weaving and Conclusion

Four summers and a thousand years ago, to paraphrase a line from the 1975 film The Man Who Would be King, I planted a garden in the yard of the Cooch House outside Newark, Delaware. It proved a welcome distraction as I worked my way through several hundred books in preparation for my PhD comprehensive exams. In that garden I planted a small patch of flax, with the goal of using John Wily's 1765 Treatise on the Propagation of Sheep, the Manufacture of Wool, and the Cultivation and Manufacture of Flax as a guide to see flax seed all the way to woven linen. 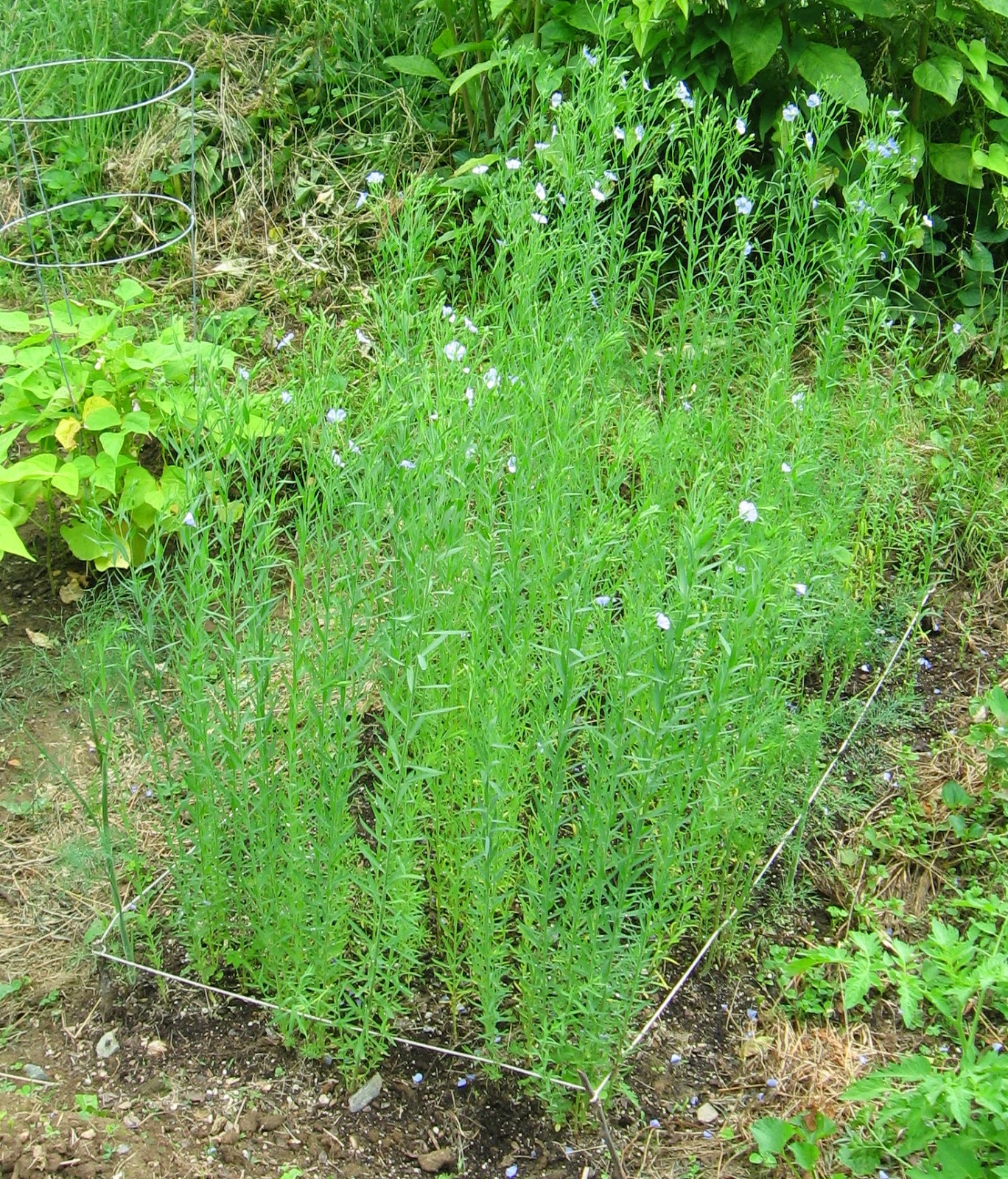 It wasn't the first or the last time I grew flax; I also planted it on the Winterthur estate in 2010 and at a University of Delaware community garden in 2016. But so far it's the only time I've managed to actually actually make linen. Nicole and I retted, heckled, spun, and wove flax into linen over the course of four years, two states, and three homes. That's a pace that would make any eighteenth-century farmer laugh, but luckily my agricultural pursuits thus far have been purely avocational.

When I last checked in about this project in March of 2017, my yarns were bucked and ready for weaving. "The weaving of Linen I suppose I need say little about," wrote John Wily somewhat unhelpfully, "as it is wove in the plain Way." Without enough linen yarn to warp a large loom (or, for that matter, without a large loom to warp), I instead borrowed a friend's small tape loom, used to weave narrow trims and ribbons ("tapes") and got to work one day this spring. 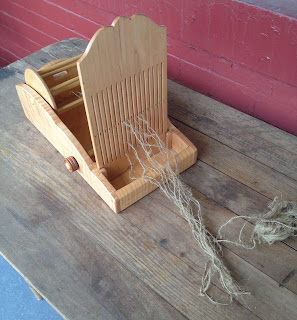 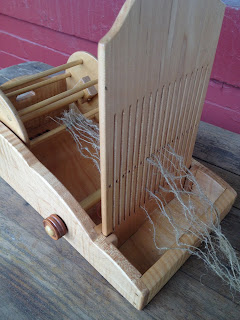 The tape loom warped and ready for weaving to begin. 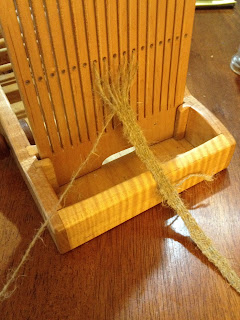 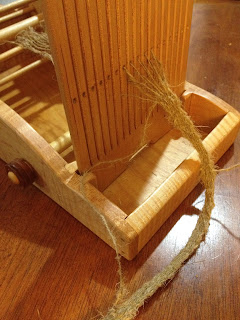 The tape as it nears completions.

I used about half of my stock of yarn, and weaving it into a strip was a quick job. Almost before I knew it, I had a 13"-long piece of half-inch linen tape. By a rough estimate, I think I have enough extra yarn that I could weave about twice that, meaning that my eight-square-foot patch of ground, planted at a 1765 seed density, yielded about 13 square inches of linen. I wouldn't take that as a conclusive insight into the productivity of linen in the eighteenth century. Most importantly, the yarns I spun were large and clumsy, meaning I generated far less yarn length than a skilled spinner would have. 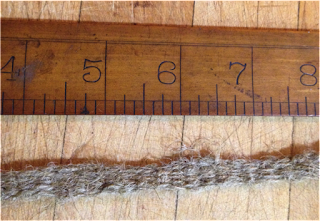 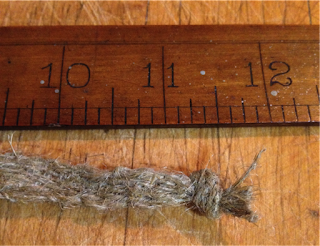 Details of the woven tape.

Wily discussed bleaching (whitening linen) in a bit more detail than weaving, though he was honest about the limits of his knowledge: "This process I must confess I never saw performed." I decided not to bleach my linen, mostly for aesthetic reasons. My tape looks pleasingly natural and, anyway, people didn't always bleach their linen in the eighteenth century, either. Anyone with ambitions to do so only needs a grassy yard, some soft cow dung, a bit of lye, and some sour milk.

That meant I had finished making linen, long after my comprehensive exams and on the other end of a trans-Atlantic voyage, a wedding, two moves, nine cat rescues, a new job, and four years. John Wily didn't offer much insights into all those other steps, but they were part of my own process nonetheless.

In 1769, a few years after he published his book, John Wily wrote to the Virginia Gazette, still advocating for the domestic production of cloth in the face of British oppression. More than anything, it is the charming nature of his humility that reaches out across two hundred and fifty years. "To conclude," he wrote at the end of his letter, "I must beg leave to inform the readers I am but a poor Buckskin, with a slender education; therefore hope no one will be offended at this poor unpolished piece, but kindly accept of it as my honest endeavors herein to serve my country."
Posted by Tyler Putman at 4:18 PM