Demolition is mostly only dramatic at the start. The final fate of 239 Chesnut Street, as I wrote about earlier this year at "Hidden City Philadelphia" and on this blog, began with a bang and a dramatic fire on February 18 and ended with a whimper that is still faintly audible. After a month of investigations and stabilizations (and a laser scan of the building's façade, in the hope that it might someday be replaced), work crews began disassembling the building in March.

Now, for the first time since 1852, only empty space fills the lot at 239 Chestnut Street. What comes next depends, as usual, on money. The revival of the neighborhood means that sooner or later someone other than nature will pay to fill the vacuum here. I hope that will come with an effort to learn more about this space and its place in Philadelphia's history. Right across the street, archaeologists working on the same sub-basement level as what remains undisturbed at 239 Chestnut Street made a series of amazing discoveries in 2014-2016 ahead of the construction of the Museum of the American Revolution. 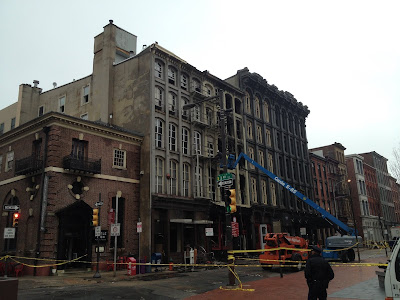 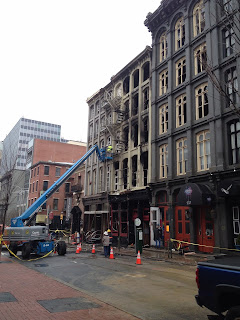 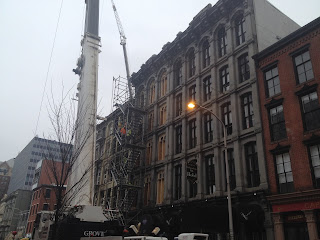 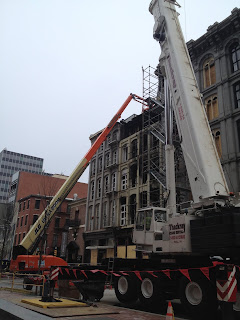 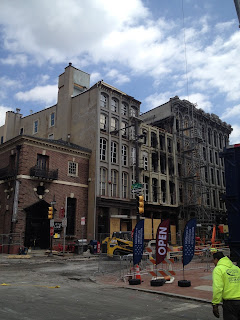 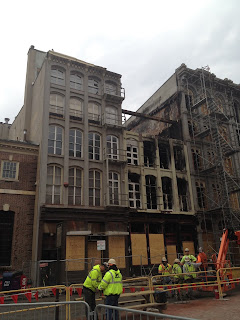 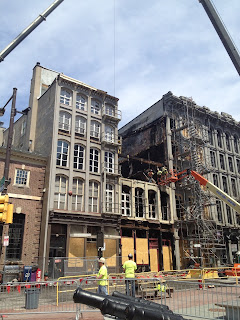 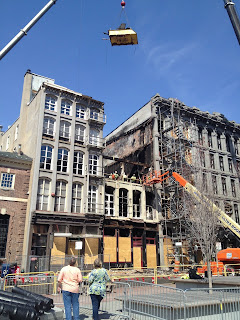 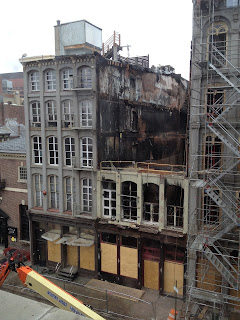 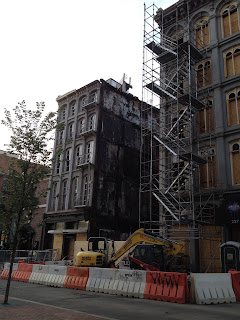 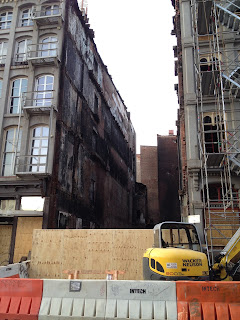 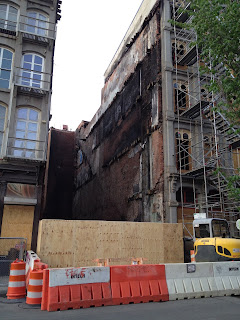 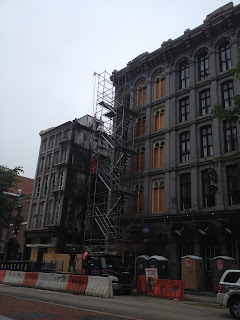