More from the Wreck of the Mast Ship St. George

Longtime readers of this blog or new visitors may have seen my post (which originated on Nicole's blog) four years ago about cloth-covered buttons from the 1764 wreck of the British mast ship St. George near Hampton, New Hampshire.

From The New Hampshire Gazette and Historical Chronicle, December 7, 1764.

Just recently, a descendant of Christopher Toppan, who oversaw the salvage of the wreck in the winter of 1764-1765, contacted me to say that she had in her possession similar buttons. Even more remarkably, Lori Cotter and her cousin Michael Toppan also have a document detailing payments made by Christopher Toppan to townspeople for salvage work on "The St. George, Mastship lost on Hampton Beach." The document, and its association with surviving buttons, finally proves the identity of the ship, its connection to Toppan, and the story of the buttons, things that remained uncertain when I last wrote. 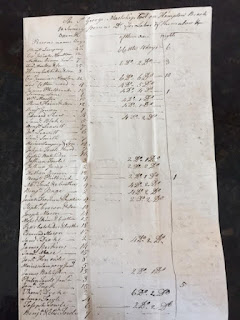 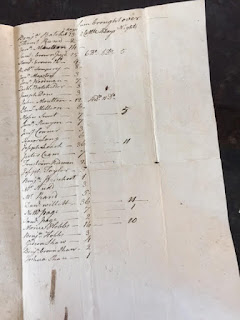 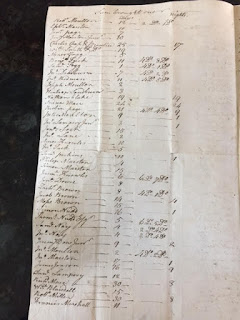 But perhaps even more remarkably, Lori also shared images of two original packages of buttons. Based on the handwriting and paper, they are a remarkably rare-thing: eighteenth-century packaging material. It's possible these were assembled as the wreck's cargo was salvaged, but I suspect that they are actually the buttons' original shipping containers. In that case, they were assembled after the buttons were completed in England in 1764. Then the packages (containing large quantities of 7 1/2 and 9 1/2 dozen buttons, distinguished between larger "Coat" and smaller "Waiscoat" sizes) were probably placed in a crate or bale for transatlantic shipment. As far as I know, these may be the only eighteenth-century packages of imported buttons that exist. Thanks to Lori and her family for so carefully preserving them and sharing their story. You can read more about the early history of Hampton in a book Lori transcribed from an ancestor's records, available here. 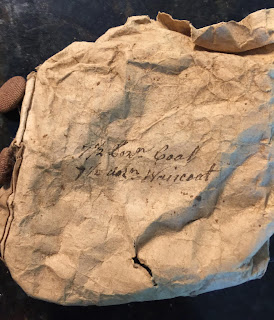 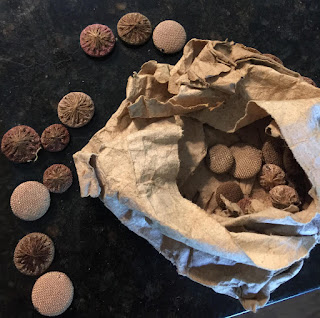 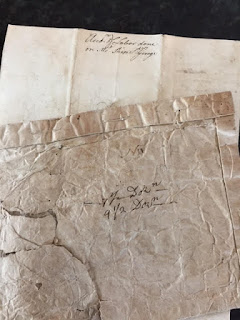