There Can Only Be One? Revolutionary War Highland Soldiers, Part One: Visual Sources

With the help of some real experts, I've been beginning to research and make components for a 1770s British Army Highland Regiment impression. In the context of the Revolutionary War in the American theater, Highland regiments included the 42nd/Royal Highland/Black Watch, 71st/Fraser's, 74th/Argyle, 76th/MacDonald's, and the 84th/Royal Highland Emigrants, Regiments of Foot.

I'll have more to say about kilts, diced hose, sporrans, and bonnets later, but for now I'm just posting all the pertinent period images I've been able to find that are informing this project, for ease of reference by me and anyone else who might follow along. A key note: the images below are just of Highland soldiers and officers in the British Army in the late 18th century, and just ones that are full-length portraits, so I've left out some famous paintings of kilted (non-Army) Highlanders, images from before about 1750 and after about 1790, bust-length portraits of officers, and so on. But let me know if I've missed anyone!

1750s-60s: A portrait that has circulated online as "The Pinch of Snuff" attributed to William Delacour. I've been unable to find its original source or further history, though some suggest it shows an officer in the Seven Years' War version of the 78th/Fraser's. 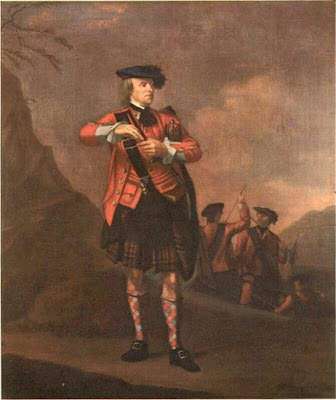 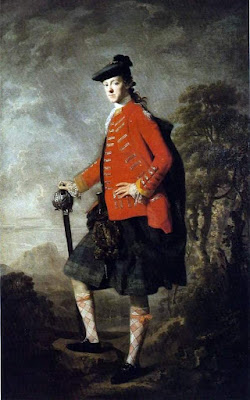 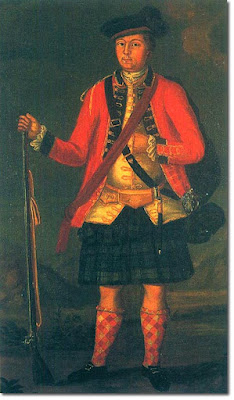 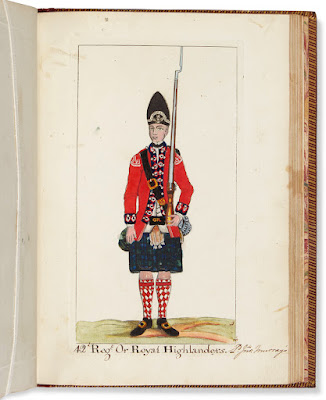 1770s: A portrait supposedly of an officer of the light company of the 73rd Foot (which did not serve in America during the war), without further provenance. 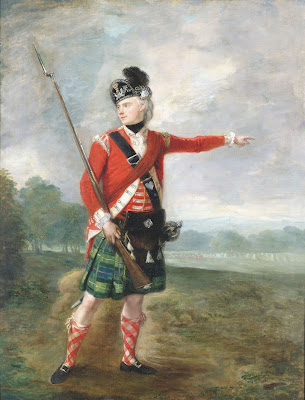 1778: This later copy is based on the series prepared during the war by Hessian Captain Friedrich von Germann, from the New York Public Library. 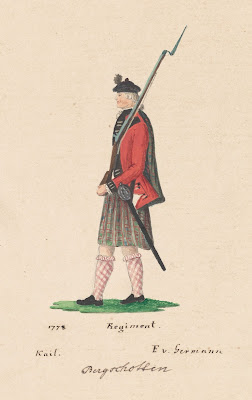 1778-1783: Until 1945, an exceptionally rare uniform associated with the Northern (Gordon) Fencibles existed in the Zeughaus Museum, Berlin. This image and diagram below were shared online by Peter MacDonald. 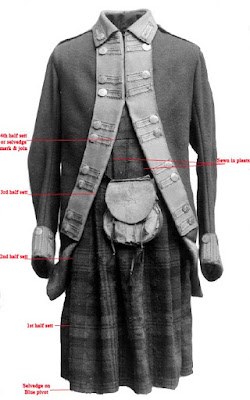 1770s/1780s: This uncited but period portrait of a 74th Regiment grenadier officer has been shared online by Al Saguto. 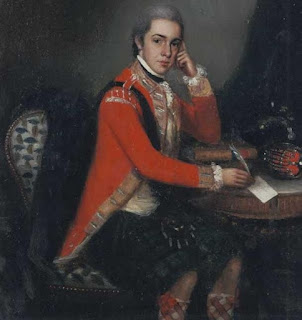 1780: "Portrait of Hugh Montgomerie, Later Twelfth Earl of Eglinton," by John Singleton Copley. This first version is in the Los Angeles County Museum of Art and the second in National Galleries Scotland. Montgomerie raised a fencible regiment in Scotland but did not serve in America, despite this painting. 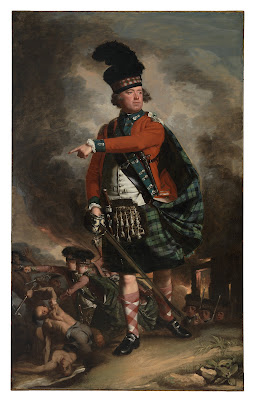 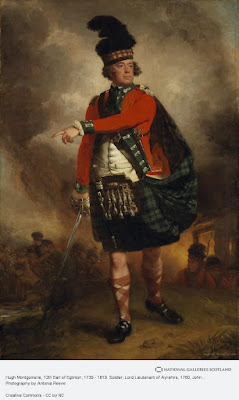 Post-1786: This watercolor is from some time shortly after 1786 (based on the marker stone and the style), but I've been unable for find further provenance. Shared by R. Scott Stephenson. 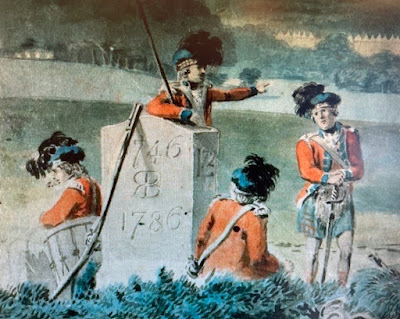