Last August, Nicole and I attended a meeting of the New Castle County (Delaware) Historic Review Board, a committee that monitors historical preservation issues here in northern Delaware. We drove over in case no one showed up to speak against the main agenda item, a demolition request by the land conservation organization Delaware Wild Lands. The organization owns property near Port Penn, Delaware, and a brick house, constructed around 1760, known as the Kux/Alrichs House. As it turned out, the meeting was the best town meeting I've ever attended and a shining example of civic preservation support. Besides the permit applicant, no one spoke in favor of demolition. Historians, architects, archaeologists, genealogists, descendants of the Alrichs family, Port Penn residents, and others each took their three-minute turn to address the committee. Some demonstrated the architectural significance of the house, an early example of Dutch architecture in the area. Some argued that the house required only minor stabilization, not the costly and nonprofessional renovation estimates Delaware Wild Lands was using to justify demolition. Some argued that the house should not be moved (another proposal of Delaware Wild Lands) because of its association with the landscape and buried archaeological resources. Some argued that Delaware Wild Lands might subdivide a small parcel around the house and sell it to a historical preservation organization. David Orr, an archaeologist at Temple University, spoke movingly about how there was really no "wild land" in Delaware, how people had been modifying the landscape since prehistory, and how Delaware Wild Lands needed to be a steward of the entire landscape, rather than an imagined wild land. 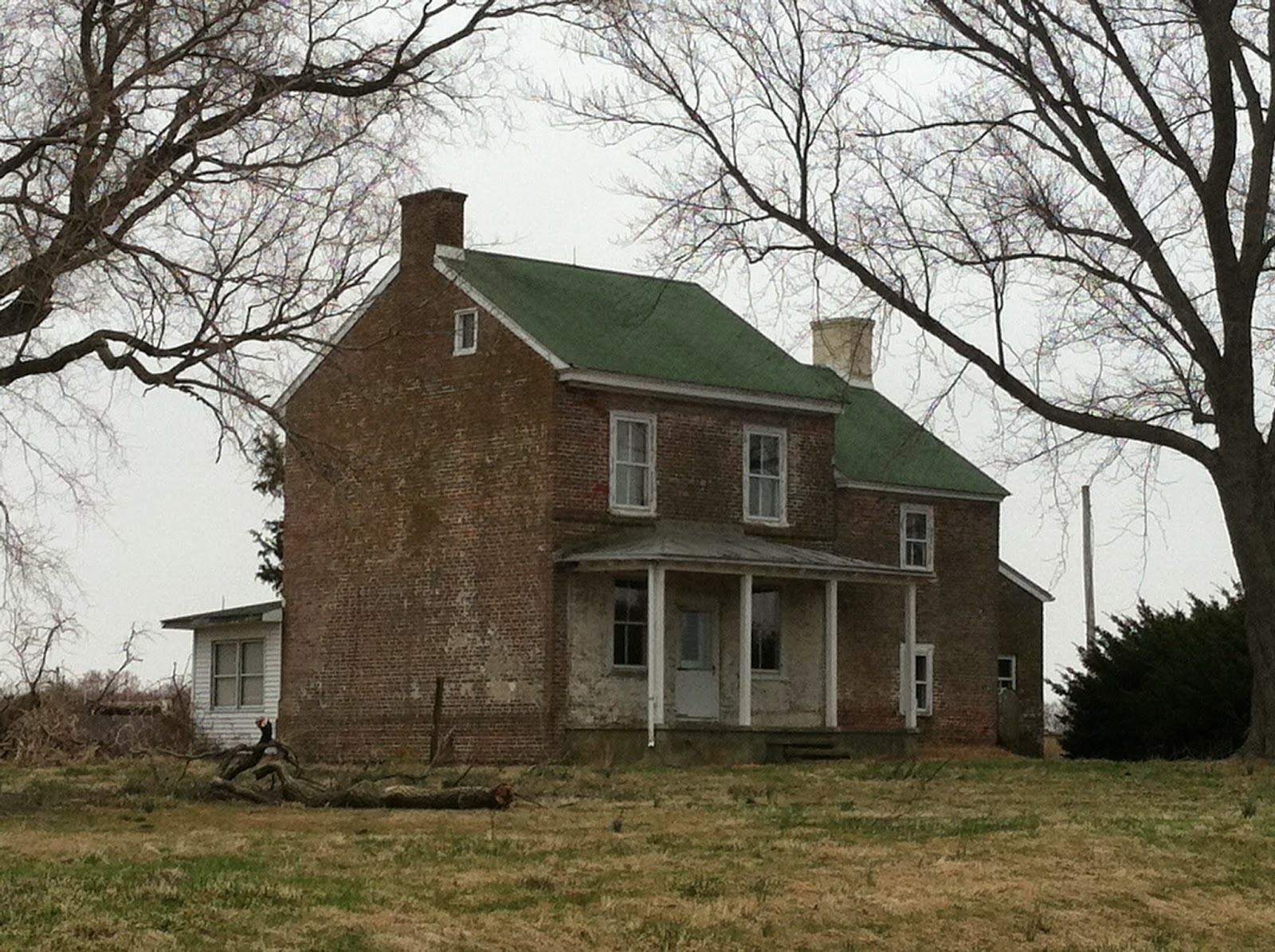 I agreed with all of that. And I figured it demonstrated the sort of community opinion that would dissuade Delaware Wild Lands from pursuing demolition. Perhaps they might consider boarding up the windows, reinforcing the roof, and simply preserving the house until, some time in the future, they were better prepared to take advantage of this unique resource. It had lots of potential, as a visitor center, a nature education hub, or a historic site. After all, I thought, wouldn't a nature organization destroying a historic house be just as offensive as a historic house paving over wetlands for a new parking lot? 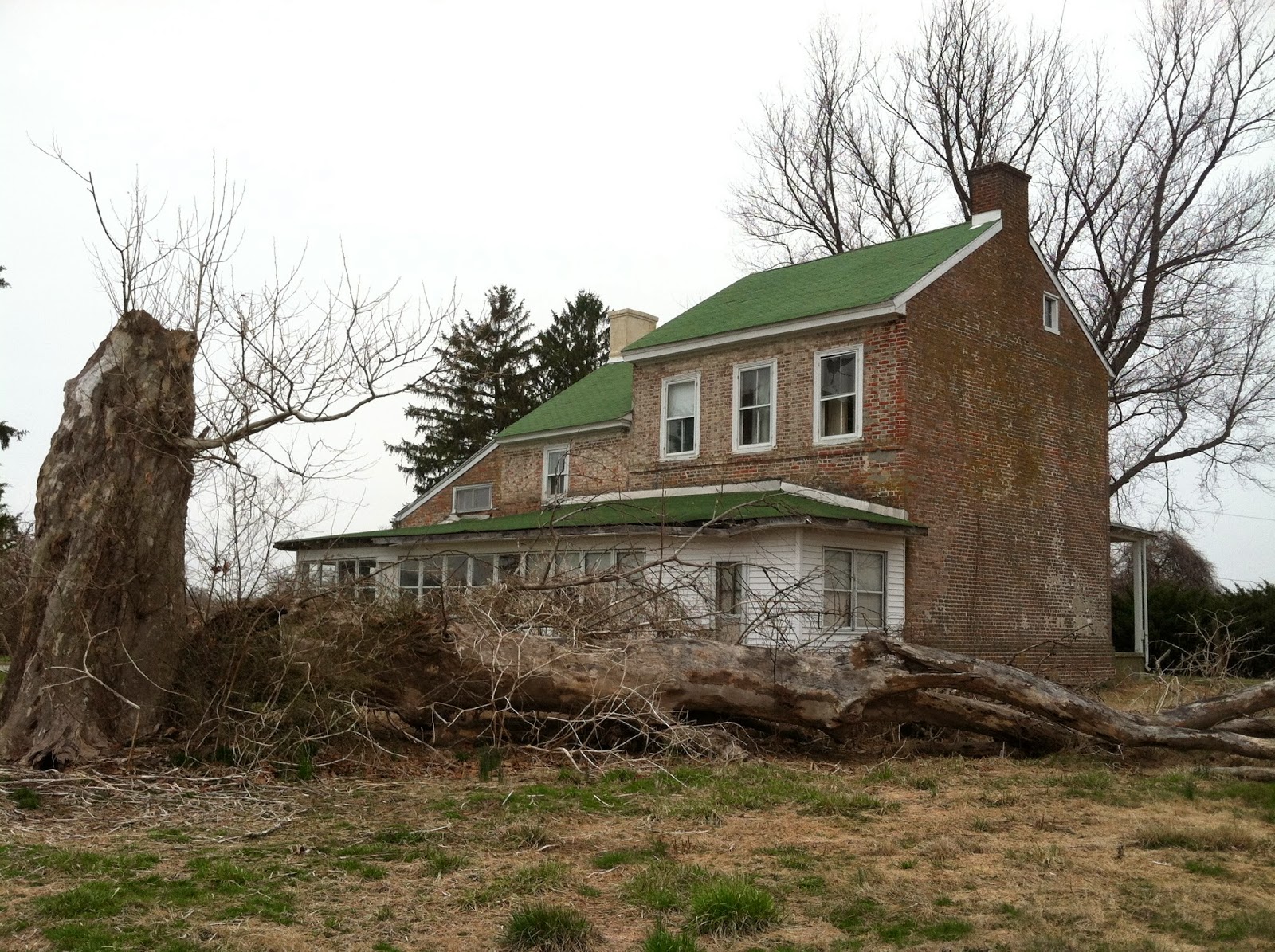 The New Castle County Historic Review Board has no power to forbid demolition. The best they can do is withhold a demolition permit for as much as nine months to encourage the exploration of alternatives to demolition. 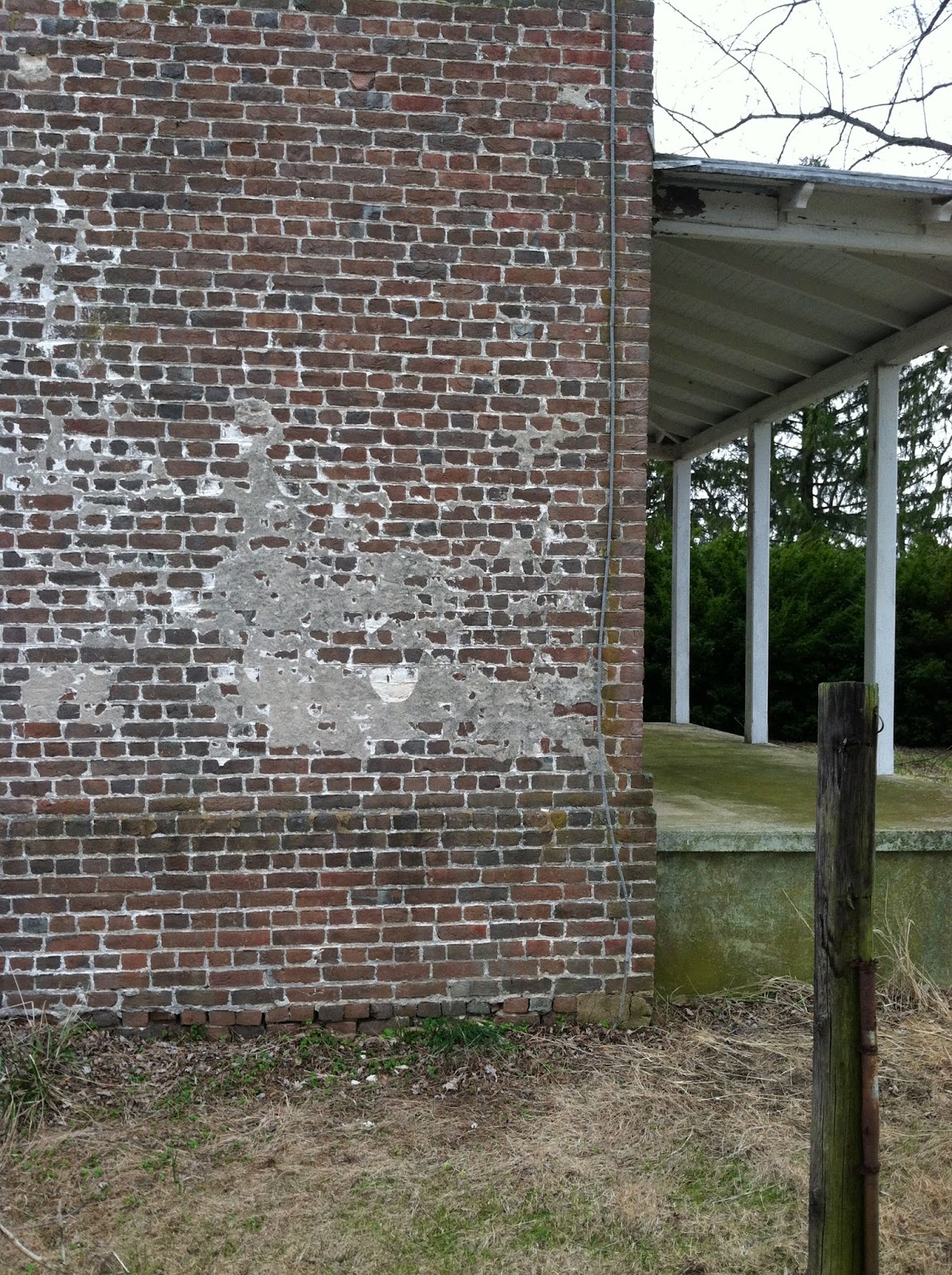 On May 27, nine months and one week after the meeting I attended last August, Delaware Wild Lands demolished the Kux/Alrichs House. 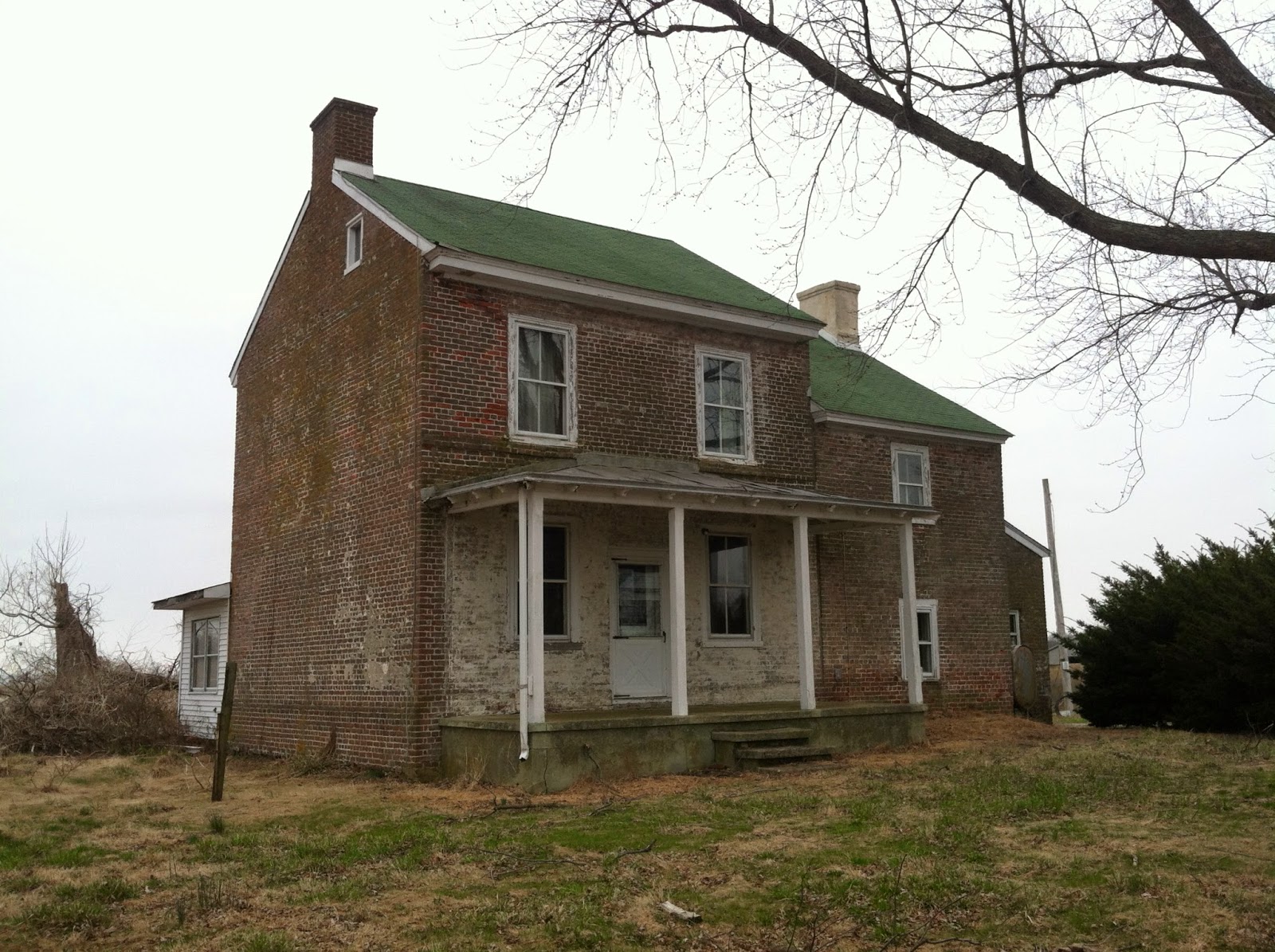 The University of Delaware's Center for Historic Architecture and Design documented parts of the house, but, as far as I can tell no fragments of the house were saved, including a dated brick near the kitchen window. Delaware Wild Lands had offered the house or portions for free to any taker with a clear plan for moving the structure. That no one was able to meet the organization's offer reflects the substantial expense of carefully moving a historic structure. Moreover, historical preservation standards, including the typical requirements for nomination to the National Register of Historic Places, emphasize the importance of a building as situated in its original landscape or location. 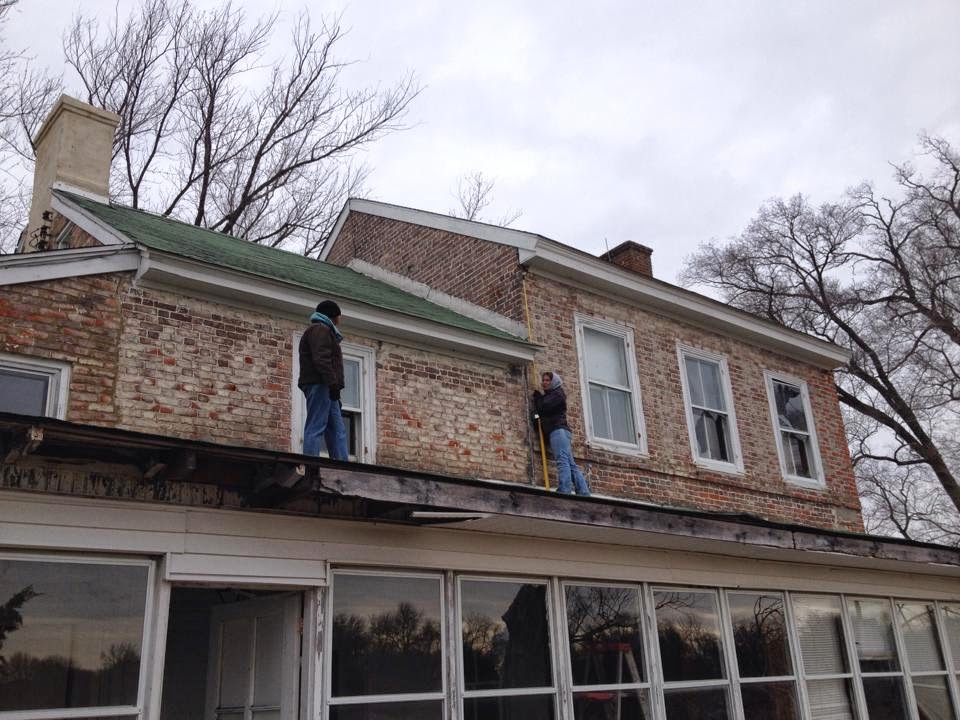 Staff with the University of Delaware Center for Historic Architecture and Design's Mid-Atlantic Historic Building and Landscape Survey documenting the Kux/Alrichs House, from here.

We cannot and should not preserve every scrap of the built environment. Something old isn't necessarily worth saving. I'm not bemoaning progress or advocating tighter restrictions on private property rights. Some might say that the Kux/Alrichs House was not significant. No signer of the Declaration of Independence ever lived there. It was never a Revolutionary War hospital or a stop on the Underground Railroad. According to the organization's executive director, Delaware Wild Lands is in the "business" of land conservation, not historic preservation (see the comments here). 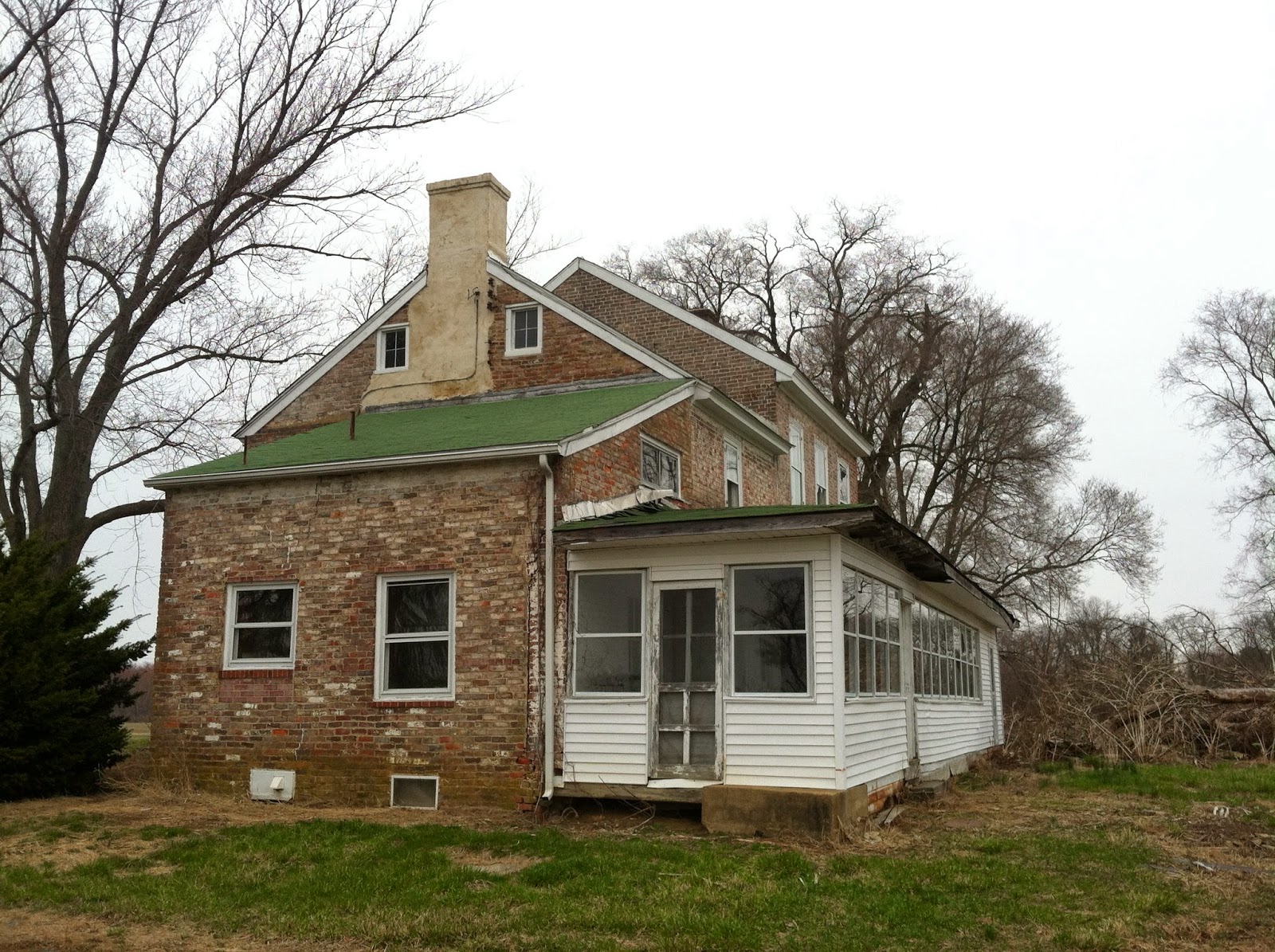 The Kux/Alrichs House and later addition.

But can we make the distinction between land conservation and historic preservation so easily? For 254 years, the Kux/Alrichs House sat quietly in the middle of farm fields, the hub of a man-made, agricultural landscape. Peter Alrichs chose the spot to built his house for the same reason Native Americans stayed in the area for hundreds of years. It sat on fertile, high ground near the river. By 2014, the house was one of only a handful of eighteenth-century structures still standing in southern New Castle County. This didn't necessarily make it the best candidate for a museum. But it also meant that people who consider themselves steward's of Delaware's land should have realized that this house was part of the landscape itself. 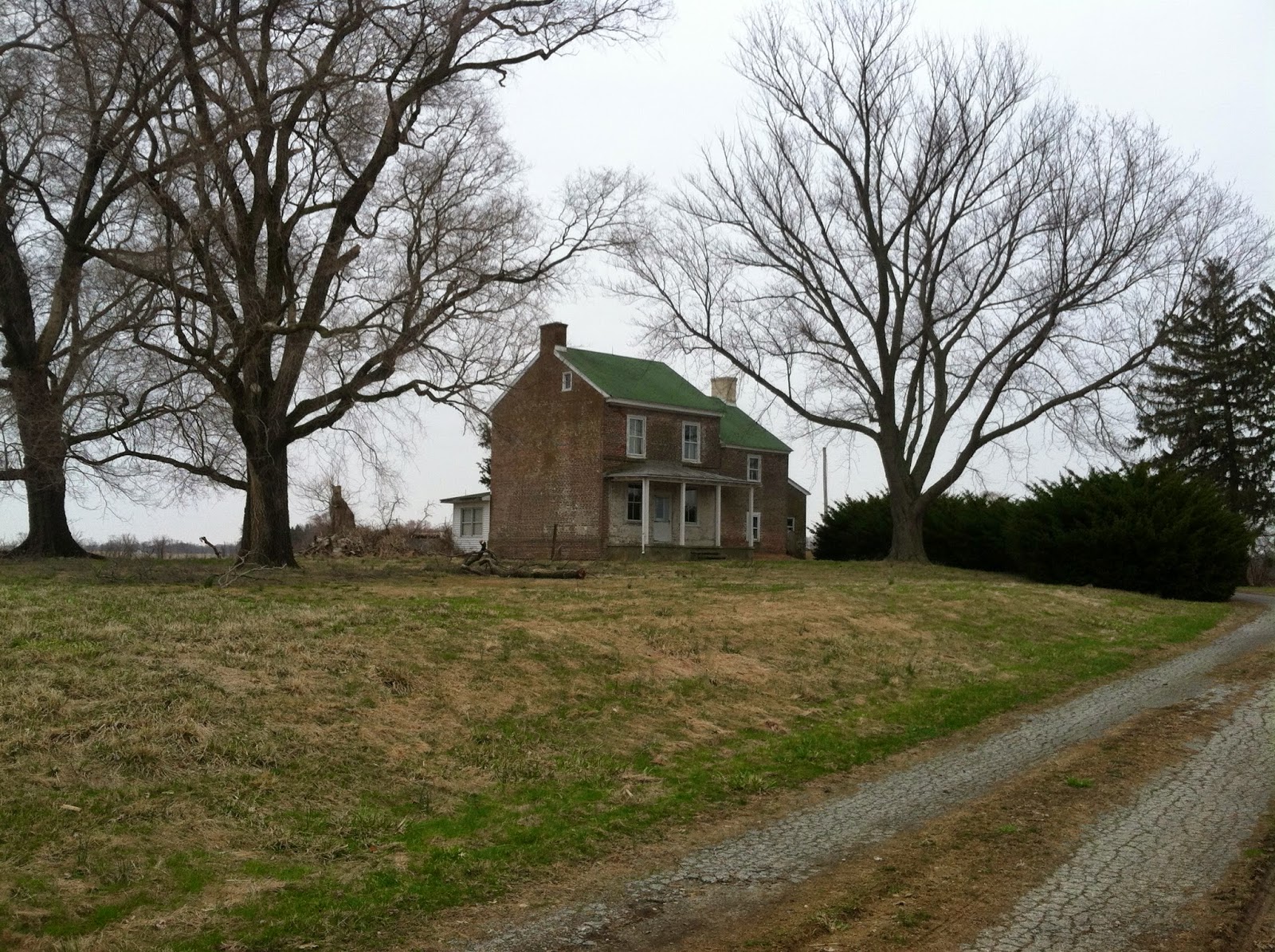 The Kux/Alrichs House within its historical landscape.

The expenses of preserving this structure, with no residents, in a rural area where vandalism or liability were minimal risks, would have been minor, perhaps even less than the cost of demolition. I suspect Delaware Wild Lands decided many months ago that the house wasn't worth preserving, no matter the cost. Far better to clear the land, plow over the foundations, and preserve a wild landscape. 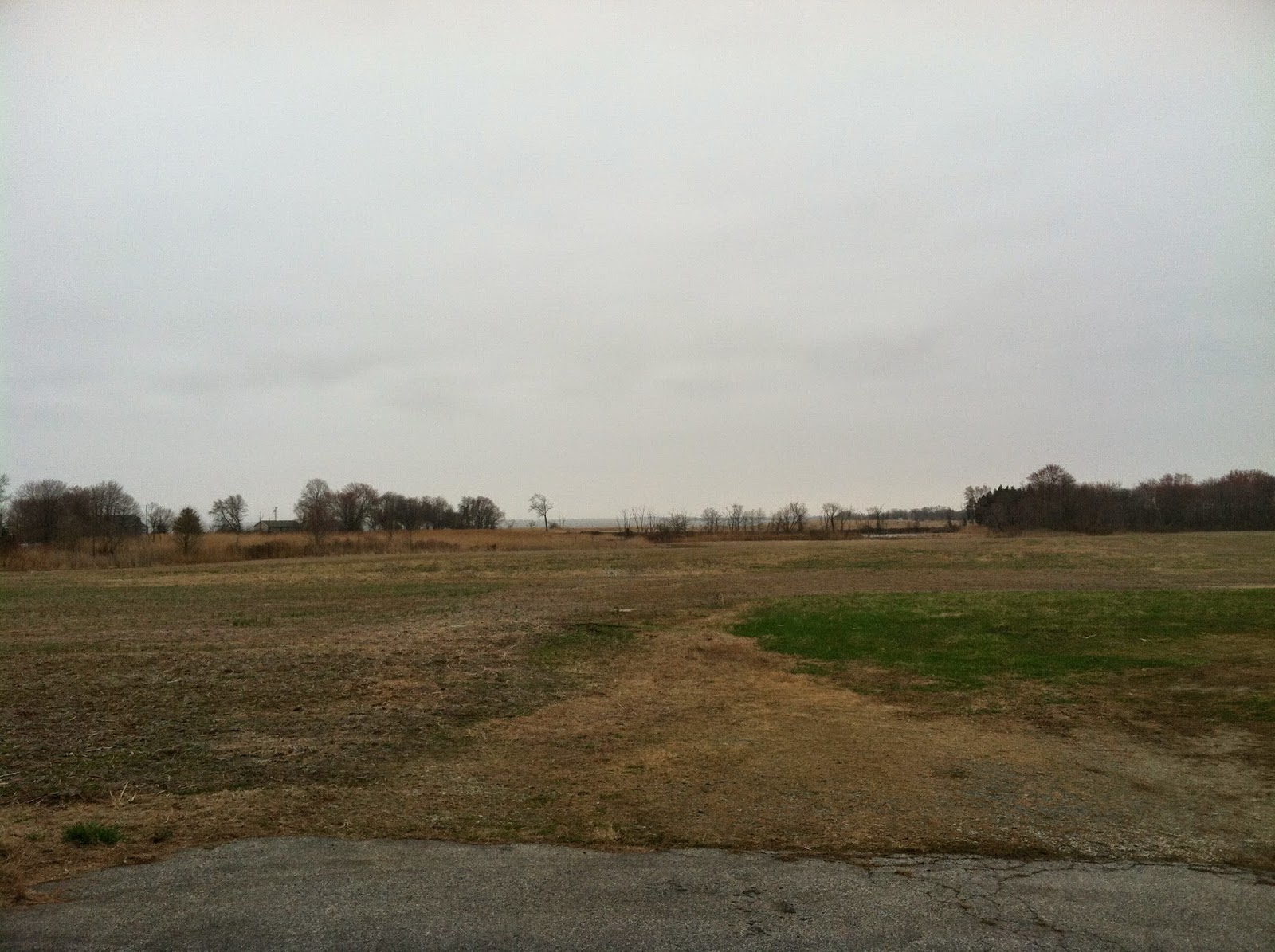 The view from the Kux/Alrichs House.

And the main reason Delaware Wild Lands said they could not sell the house on a small parcel of land and the reason demolition was better than preservation? The Kux/Alrichs House sat on a 250-acre plot just south of Port Penn, Delaware, where humans have cut firewood, raised crops, and hunted the game drawn to the river for centuries. What was the rush to get rid of this piece of the landscape?